A recent BitePRO® survey has highlighted once again the risk of being by a patient, pupil, service uses or member of the public is real for many professionals. Please also read our Senior Consultant's extremely informative article: “BitePRO® Survey Confirms Many Workers Are At Risk Of Being Bitten” 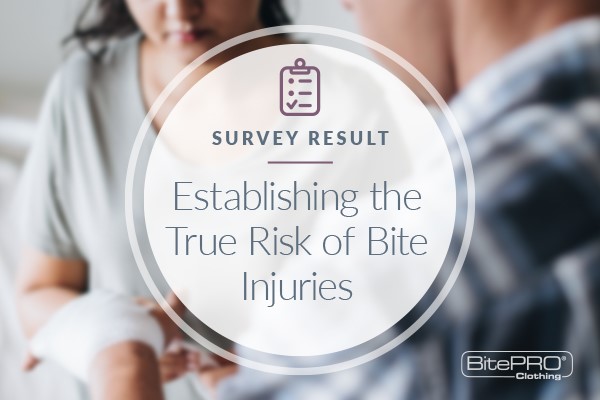 According to The American Journal of Forensic Medicine and Pathology, bite injuries represent 1% of all emergency department admissions in the United States!

According to an article by Helen Acree Conlon, MS, MPH, ARNP, titled ‘Human Bites in the Classroom:  Incidence, Treatment and Complications’ it has been estimated that at least one half of the population will experience some type of bite in their lifetime. Human bites are the third leading cause of all bites seen in hospital emergency departments after dog and cat bites. Human bites can be the source of exposure to body fluids, transmission of communicable diseases, infections ranging from cellulitis to osteomyelitis, and joint deformity from septic arthritis.

Some of you might remember 2014 Football World Cup match when Uruguay’s Luis Suarez bit Italy's Giorgio Chiellini on the shoulder during game play. Instantly, no one cared about the score any more, as fans rushed to their keyboards to weigh in on Suarez’s unsportsmanlike behaviour, and launch a thousand internet memes based on the incident. But while many are making this into a joke, in reality a bite wound is no laughing matter.

“Human bites are capable of transmitting infectious diseases,” says Jamie Quinlan, DNP, nurse manager of the emergency department at University of Utah Hospital. Quinlan says even what appears to be a minor wound contains high levels of bacteria -- in fact more than 600 types of bacteria are present in the human mouth at any time including strains of staph and strep. Those bacteria could lead to conditions like cellulitis, lymphangitis, or impetigo. A bite could also lead to transmission of hepatitis or HIV if those illnesses are present, and blood to blood contact is made.

According to a recent report by the Health Service Journal, there are estimated to be an average of 312 assaults per trust every year, which equals a 9.7% increase in violent attacks on NHS hospital staff in England between 2015/16 and 2016/17. When NHS Protect was in existence and centrally collecting data on assaults, the number of incidents had risen by 4% between 2014/15 and 2015/16 – clearly showing a persistent rise in the number of assaults in recent years. Their analysis suggests that there are 200 reported physical assaults on NHS staff every single day in England alone.

However, it is also worth noting that levels of violence against staff working in mental health trusts remain much higher than other types of trust. Across the 39 mental health trusts covered by the research there were 33,820 reported physical assaults in 2016/17 equating to an average of 867 per organisation.

Mark Perry, appeared close to tears when attending the NASUWT (largest teachers union in the UK) conference in 2009 and telling fellow delegates of his experiences with disturbed ten-year-olds in Wrexham, North Wales. He described that on one occasion he was bitten so hard that blood was drawn.

Another delegate, Suzanne Nantcurvis, a geography teacher from Llangollen, North Wales, said she knew members who had been forced to pay for immunisations and protective equipment. ‘Biting is quite a big issue in special schools and when risk assessments are completed it is usual to put in the control measure of a protective arm guard,’ she said. (taken from UK newspaper ‘Daily Mail’, printed 16th April 2009)

BitePRO® Bite Resistant Clothing can prevent human bite injuries, which can subsequently be contaminated with pathogens. Transmissions of potentially life threatening viruses, such as Hepatitis B, Hepatitis C or HIV

“Human bites can cause both physical injury, risk of infection, soft tissue damage and psychological distress to staff. Whilst our staff teams are usually aware of the potential for bites from records of previous incidents and preventative steps are taken, additional measure to protect staff from a bite may be beneficial.”

I suggest we can say that bite resistant clothing is ‘beneficial’!

Please also allow me to point out that it is a very normal, natural and instinctive response (when faced by a violent or distressed person) to want to lift our arms and hands in order to defend ourselves and protect our head and facial area.  However, we must acknowledge that this subsequently exposes our forearm and hands to a higher risk of danger of arm injuries.

In fact the majority of injuries found on police or security guards can be found on their forearms or open hands.  These are classed as ‘defensive injuries’, indicating a person was defending himself rather than attacking the other person. Just very recently the following news made the headline on 22 August this year: "Greater Manchester Police officer bitten on arm in 'appalling' attack" 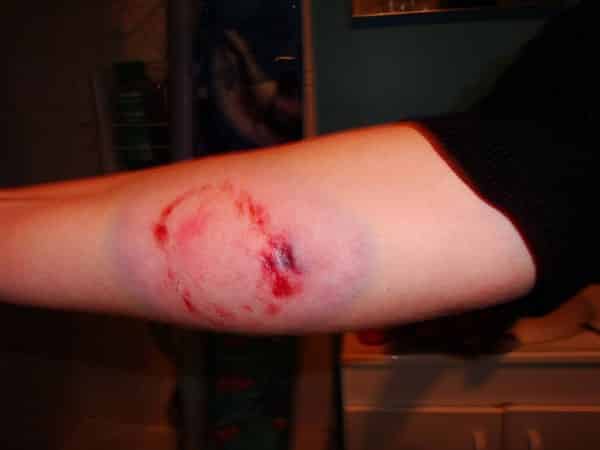 We are all too aware that bite related injuries can become infected and mental health care professionals, special educational needs teachers and others could subsequently be contaminated with pathogens. Transmissions of potentially life threatening viruses, such as Hepatitis B, Hepatitis C or HIV are also a part of reality, hence clothing which can prevent human teeth from penetrating the skin of one of the above highlighted professionals must be worthwhile investigating further.

If you want to discuss the potential use of BitePRO® products within your organisation, then please contact our BitePRO® Expert Calum Haigh.  Please email info@bite-pro.com

Calum has developed into a globally recognised and respected expert on bite resistant clothing for mental health care, special educational needs schools and secure/psychiatric hospitals and would be delighted to hear from you.

Take good care of yourself.